A Brief Summary of the History of the Church 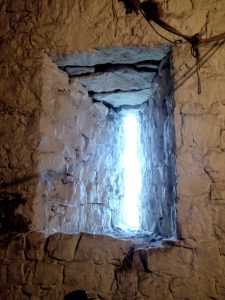 How old is this church?
The church is dedicated to  St Michael the Archangel.  The cult of St Michael became very popular in Wales in the 8th century, and we think that the original church on this site was founded at that time.
The earliest written reference to the church is in 1244, when the Pope chose St Michael’s as the venue for a court hearing to decide whether Prince Dafydd ap Llywelyn, son of Llywelyn the Great, had been forced to agree a treaty with King Henry III. At that time the church would have been a small wooden building.
The next mention of St Michael’s is in 1284, when the sum of 60 shillings was paid to Jervasius, the rector, as compensation for the loss of tithe payments and damage done to the church by King Edward I’s soldiers during his conquest of Wales in 1282.
Bishop Anian II authorised spending on local churches in the 1280’s and early 90’s.

The Town Charter 1290
In 1290 King Edward I granted a Royal Charter to Caerwys.  The Charter meant that Caerwys became one of the ten ‘planted towns’ set up by the King.   It was a bit unusual because unlike the other towns, it was not a fortress and there were no town walls. They needed the tower!  It was a market town, and a centre for administration of justice, with its own courthouse and jail. It is believed that the street grid pattern of the town dates from that time. Burgage plots were offered to incomers who would settle and start trading. The vast majority of burgesses, 39,  had Welsh surnames.
It’s been suggested that the Charter was granted to keep the Welsh traders happy, and Caerwys became an important commercial town where traders could meet and exchange goods, ready to transfer them over the border or back into the more rural parts of North Wales.
The other theory is that the Charter was granted because of the town’s association with the Princes of Gwynedd. It’s believed that Llywelyn ap Gruffydd had a residence in Caerwys, known as Maesmynan Hall.